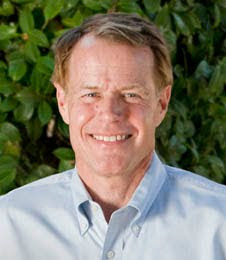 Today the baton was passed from Liz Kniss to Ken Yeager, who is now the President of the Board of Supervisors of Santa Clara County – that’s the “county of Silicon Valley”, for youse out-of-towners.

In a ceremony before hundreds led by VMC Foundation Board Member Susie Wilson, Ken outlined his plans for 2010. I won’t recount them all now, because you can do that here, and I encourage you to read his official “State of the County” address.

That’s beacuse most of his initiatives have to do with our health. He wants to keep teens off tobacco, create a council on health, and fight childhood obesity. Ken is also a big-time environmentalist, which is also good for…yes! Our health!

So congratulations, Ken, and here’s to a successful 2010. As you stated powerfully in your address, the economy may be in the tank, but our community is TOPS.

“The doctor will see you now. Like, RIGHT now.” A hospital is no place for sick people.
Scroll to top